“Blood and Soil” Libertarianism: A Response to Jeff Deist 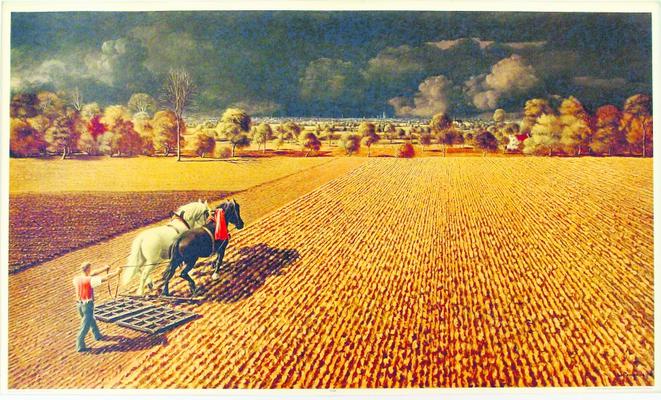 Jeff Deist, president of the Mises Institute, gave a talk this week, pushing libertarians into alt-right nationalism.  His talk is a confused mess and is a reminder that statism will always threaten to infect the liberty movement.

First, he sets up the necessity for political action by attacking technology development as a means of liberation.  He says technology doesn’t advance liberty on balance.  According to Jeff, only political power can result in libertarianism.  Peaceful development of technology, and its voluntary adoption, is politically useless, because it will end up being used by governments to oppress people.

Of course, this is contradicted by hundreds of years of technological progress.  Capital markets didn’t arise from a political process.  They were a technological innovation, that promoted social liberty regardless of the understanding of the participants.  Jeff actually says that the printing press had no net liberating effect on humanity!  Do I really need to spell out the massive liberating effect from thousands of years of ignorance and lies, the massive new opportunities available to commoners?  But, because it didn’t eliminate government altogether, it doesn’t count.  Yet later he says “Better, not perfect, ought to be our motto.”  Confused!

This isn’t his only confusion.  He poo poos technological optimism as “historical determinism”.  Yet in the same paragraph he says technology is useless because globalism is inevitable!  Which is it Jeff?   Are we to believe we can thwart determinism with politics, but not technology?  Talk about naive.  Then he calls libertarians “utopian” – confused!

Let’s take a look at Jeff’s mess of confusion and translate it into plain English.

“libertarians have a bad tendency to fall into utopianism”
“[Libertarians want to] give up their outdated ethnic or nationalist or cultural alliances.”

Translation: Libertarians are so silly to believe freedom is the highest political ideal.  Actually, it is about “nationalist or cultural alliances”.

“liberty as a deeply pragmatic approach to organizing society”

Translation: Society needs to be “organized” (centrally planned).  We need to be “pragmatic”, not principled, meaning we should use state power to achieve our desired ends.

“Better, not perfect, ought to be our motto.”

Translation: Dump liberty principles in the trash so we can use the state to defend “muh culture”.

“Human beings want to be part of something larger than themselves. Why do libertarians fail to grasp this?”
“There is a word for people who believe in nothing: not government, family, God, society, morality, or civilization. And that word is nihilist, not libertarian.”

Translation: Libertarianism isn’t about freedom from coercion.  It’s about being part of a collective and believing specific things about society and theology.

“My final point is about the stubborn tendency of libertarians to advocate some of sort of universal political arrangement.”
“Universalism provides the philosophical underpinnings for globalism, but globalism is not liberty: instead it threatens to create whole new levels of government. And universalism is not natural law; in fact it is often directly at odds with human nature and (true) human diversity.”

Translation: Libertarianism doesn’t apply to all humans.  It isn’t derived from human nature.  It is only suited to white Europeans in the United States.

“Nationalism is on the rise throughout Europe,”
“We should seize on this.”

“Mecca is not Paris, an Irishman is not an Aboriginal, a Buddhist is not a Rastafarian, a soccer mom is not a Russian.”

Translation: Humans are defined by their birthplace and race, as units of a collective identity.  Humans are not self-interested individuals who strive to pursue their own happiness.

“self-determination is the ultimate political goal.”

Translation: Self-determination of a national collective, not of the individual.  Remember, libertarianism is not accessible to other races or cultures, only white European America.

Note: The breakup of large superstates can be cheered without resorting to national collectivism.  The bureaucratization and monopolization of these superstates act to diminish individual freedom.  We want competing tax rates and regulatory environments, to allow people alternatives.

But just as technology is not a panacea, neither are national governments.   A national breakaway state may impose protectionist tarrifs, whereas a superstate guarantees free trade.  A smaller state may also be more tyrannical than the superstate it broke away from, reducing its citizens’ liberty.  The sword cuts both ways.

“In other words, blood and soil and God and nation still matter to people. Libertarians ignore this at the risk of irrelevance.”

This one takes the cake.  Jeff goes with an unambiguous Nazi reference “Blood and Soil” (“Blut und Boden”) to describe his new libertarian values.  Not sure if he’s trolling, or just careless, but ultimately it means collectivism, whether based on genetics or the geography of one’s birth.  Apparently, libertarian ideas about individual freedom are not as important as we thought.  We should not strive to live and promote these values, no matter how difficult.  What matters is political “relevance” (power).  Sorry Jeff, I’m not interested in this version of “libertarianism”.