Blood and Soil and Woods 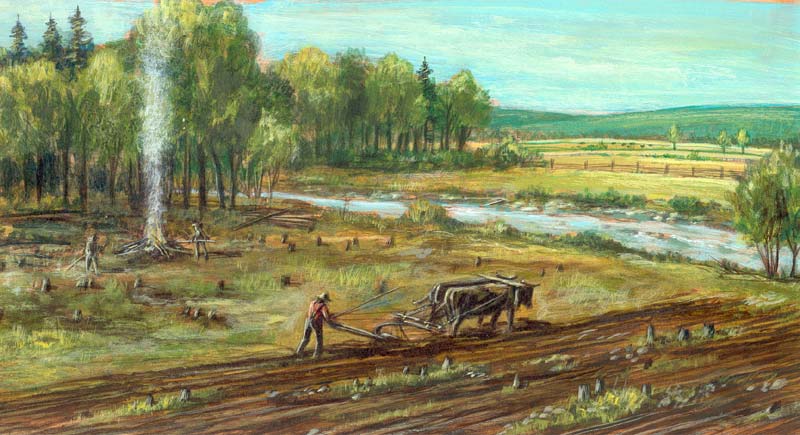 Right after Jeff Deist’s controversial talk at Mises U, and amidst intense backlash from libertarians, Tom Woods jumped to defend Deist on his podcast.  What’s funny is that he plays the entirety of Deist’s speech, yet ignores most of what he said, and ignores legitimate criticisms of it.  Instead, he mounts an irrelevant defense of Ron Paul and the Mises Institute and labels anyone who asks questions as “leftists” and “virtue-signallers”.

Let’s get this out of the way: Jeff Deist’s use of the phrase “Blood and Soil” is categorically Nazi symbolism.  Jeff Deist is not a Nazi or a fascist, but the phrase is.  Given the context of his appeal to “nationalist and cultural alliances”, it is legimitate to question this choice.  This is not a leftist criticism; it is a libertarian criticism based on individual rights.  At the very least, it is a terrible branding move for the president of the Mises Institute.

Tom brushes off this bizarre choice of words as no big deal.  He actually says it’s the same thing as using the idiom “if you want to make an omlette, you gotta break some eggs“.  Yeah, because most Americans casually talk about “blood and soil” at the water cooler.  (Or maybe casual fascist rallies.)

Then he says that the phrase originated with Oswald Spengler and before that, German Romantics.  Well, nobody said the Nazis were original.  Obviously they drew on strains of thought that preceded them, including the famous Nazi salute, which was originally the American “Bellamy salute“, and even further back, the “Roman salute“.  I guess Tom wouldn’t blink if Jeff ended his speech with a good ole fashioned American “Bellamy salute”.

Do I really need to point out that the Nazis popularized a few ideas, including “Blood and Soil”, which they used extensively in their propaganda materials?  It’s like saying the swastika was really a mystical symbol in ancient India, so you’re silly to think it’s a Nazi symbol!  Let’s put that mystical symbol in the Mises Institute logo, only “leftists” and “virtue-signallers” will complain.

Even ignoring the Nazi history of “Blood and Soil”, what does this phrase really mean?  It’s certainly not about individual freedom.  If it was, you’d simply say “individual freedom”.  No, this is a call for genetic and geographic collectivism.  For “us” versus “them”.  For the “right” kind of people versus the “wrong” kind of people.  Maybe some people care about “blood and soil”, but what the heck does this have to do with libertarianism?

Tom’s interpretation of it is: “What’s meant here is that there are people, probably a majority of mankind, for whom place and kin still matter.  And that maybe we should take this into account in what we’re doing.”

Oh.  How should “we” take this into account?   What are “we” doing, that “we” should take this into account?  Tom is remarkably vague here, which only lends credence to suggestions that maybe Jeff’s speech, and his supporters apologias, are dog whistles and code words for an undisclosed agenda.  I mean really, what is Tom talking about here?  We’re forced to wonder.

It’s funny that neither Tom nor Jeff mention the Number One issue that has split the libertarian movement since Trump’s election.  You know, the issue that has caused a big chunk of libertarians to shift to the alt-right, or even to outright “anarcho-fascism”.  A little issue you might have heard of.   The BORDER WALL ….???   You know, the whole bit about government seizing private property to build a prison wall along the border and use violent force against peaceful people exercising their freedom of movement?   Because the socialist foreigners coming in will vote in more socialism and prevent the formation of a libertarian utopia?  I dunno, just thinking it might have something to do with Jeff’s speech.

This seems to be an attempt to win back the alt-right libertarians.  But, it’s a short-sighted strategy.  The alt-right is not, and never will be, interested in libertarian ideas.  They are interested in power and winning, group identity, and “ends justifies the means” thinking (helicopter libertarians).  Not exactly fertile ground for individual liberty.

Tom mentions this inconsistency as an argument for why Jeff’s speech was obviously not an appeal to the alt-right.  But he misunderstands the alt-right.  It is not strictly Nazi, in the sense of political conditions of Germany in the 1930s.  But, it shares the same racial collectivist mindset and willingness to use state power.  Tom says the alt-right is against decentralization, even favoring the EU (!), whereas the alt-right clearly favored Brexit and favors nationalist secession movements in Europe and the US.  The Nazis were militaristic, yet the alt-right seems anti-war, going so far as to criticize Trump for bombing Syria.  So, there is some clear overlap with Jeff’s call for “nationalist and cultural alliances”, which he may hope to use to build the libertarian movement.

Tom ignores this possibility.  Maybe he feels he’s defending a good friend, which is admirable.  Unfortunately, friendship can lead to blind spots that prevent objective assessment.  Regarding libertarian ideals, Tom is under the impression that “[Jeff] says these are universal values and rights that we believe in”.  Yet Jeff argued the exact opposite, that “universalism is not natural law; in fact it is often directly at odds with human nature and (true) human diversity”.  Libertarianism is not available to all humans.  “Mecca is not Paris, an Irishman is not an Aboriginal, a Buddhist is not a Rastafarian, a soccer mom is not a Russian.”

Tom further misunderstands the reality of today’s movement by saying that libertarians are too focused on “transgender rights in Saudi Arabia” and “handing out US constitutions in Iraq“.  Is he for real?  How many libertarians are concerned about those things?  Yet he does not mention the one single issue that has divided libertarians this year more than anything else.

Jeff’s speech is the continuation of a disturbing trend in the libertarian movement, away from ethical principles, and towards expediency.  Many of these alt-right libertarians, or bordertarians, or libert-aryans, or helicopterians, or Hoppeans, or whatever term you use, think that libertarianism is an end, not a means.  It is the beautiful, crystalline utopia that will be achieved after an era of power and bloodshed.  It is the naive delusion of all revolutionary creeds.  It is the antithesis of what it means to be a libertarian and the betrayal of all the good work that Ron Paul, Jeff Deist, and Tom Woods have done over the years.  That’s why Jeff’s speech was so disappointing and why it’s alarming that there was so little opposition to it from the Mises Institute community.

“Blood and Soil” Libertarianism: A Response to Jeff Deist