Will President Trump get Edward Snowden? 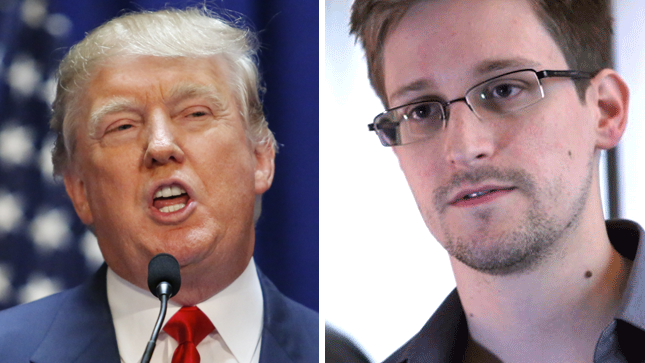 Since Trump and Putin seem to like each other, is it likely that a President Trump’s newly-befriended Russia would throw Edward Snowden under the extradition bus?

Let’s see what Trump has said about Snowden.

When you just asked the question about Snowden, I will tell you right from the beginning, I said he was a spy and we should get him back.  And if Russia respected our country, they would have sent him back immediately, but he was a spy. It didn’t take me a long time to figure that one out.
Newsweek, March 4, 2016

Here’s what Putin has said about Trump.

[Donald Trump is] a really brilliant and talented person, without any doubt.  It’s not our job to judge his qualities, that’s a job for American voters, but he’s the absolute leader in the presidential race. … He says he wants to move on to a new, more substantial relationship, a deeper relationship with Russia, how can we not welcome that?  Of course we welcome that.
The Political Insider, December 17, 2015

And what Trump said of Putin.

It is always a great honor to be so nicely complimented by a man so highly respected within his own country and beyond.  I have always felt that Russia and the United States should be able to work well with each other towards defeating terrorism and restoring world peace, not to mention trade and all of the other benefits derived from mutual respect.
CNN, December 17, 2015

With warmed relations, Snowden may quickly lose his value as a geopolitical “trump” card and find himself on a one-way flight to Guantanamo.  Maybe he should start country shopping?

apolloslater Follow
« The practical failure of libertarians (and what to do about it)
Is Trump the “Asia pivot” candidate? »