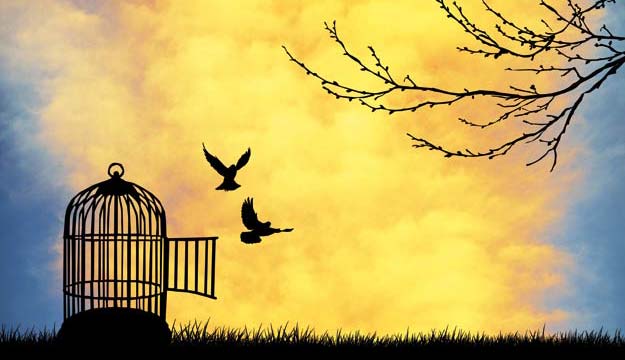 If tyranny is an aberration, a result of historical circumstance, or a particular person or institution, then eliminating the aberrant factor should let humanity resume liberty.  History has shown eliminating the source of tyranny usually leads to a replacement tyranny, oftentimes greater than the original.

Any state, or center of power, gravitates towards greater tyranny over time, until a crisis, and rearrangement of affairs.

Outside the scope of the state, humans gravitate towards liberty, by the pursuit of their desires, by the creation of new forms and methods, by the discovery of new places and avenues.

As groups, humans vacillate between tyranny and liberty, often advancing both at once.

As individuals, humans pursue their own liberty, yet accept tyranny over others, and over themselves, as a price of liberty.

Lowering the price of liberty, easing the pursuit of one’s own ends, makes the individual less accepting of tyranny.

Increasing the price of tyranny makes the individual want to escape, and accept liberty, even if costly.

Liberty is the pursuit of one’s own ends.  Tyranny is opposing another’s pursuit of their own ends.

The key to pursuing liberty as an end in itself is to shift people’s focus to themselves rather than others.

Humans look to control others for some end they value.  Their own end, or that of another’s: a god, a king, a state.

If all humans wanted to control others for their own ends, no control would be possible, since it would be nullified in its symmetric pursuit among all humans.  Tyranny can only arise by the desire to control for the sake of another.

The very things that humans value are fashioned into the means of their enslavement.  Tyranny is the pursuit of goodness by evil means.

Liberty is the pursuit of one’s ends by one’s own means.