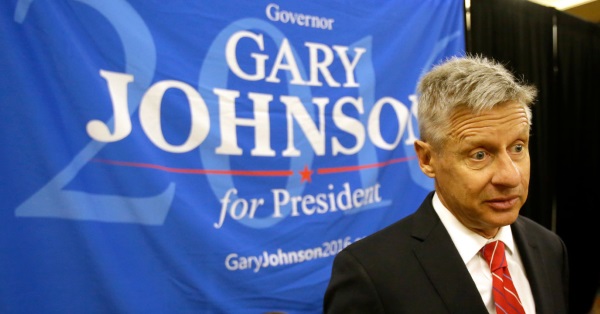 Back in August, I concluded my last post with the following prediction:

However, as the clock ticks towards the election, it is likely that the race will be forced into a Trump-Hillary binary, diminishing the third parties, and giving Trump a much-needed small boost.

Sure enough, this is exactly what happened.  Gary Johnson’s collapse helped push Trump over the top in a highly competitive race, as you can see from the RealClearPolitics chart below. 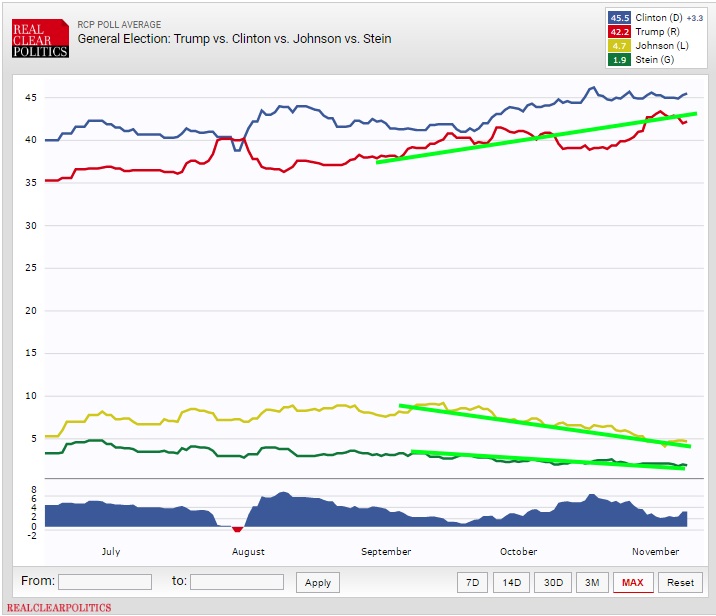 In the end, third parties may not affect the narrative of the election much, but they do have an effect on who is perceived to be winning or losing, especially in a tight race.  This has an outsized effect on the race, compared to the raw vote totals, and should be further studied and exploited by future campaigns.