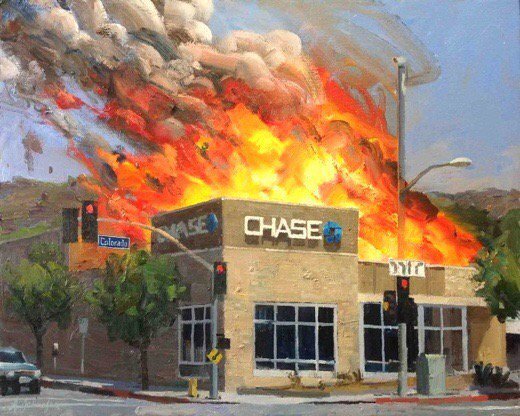 Bitcoin & other cryptos have taken a sharp nosedive of ~33% from peak.  Although it may rally short-term, let’s take a look at the internals of what’s going on and where this is all heading.
People are parking Bitcoin profits on Bitfinex (biggest bitcoin exchange) into tethers, the fake token people think has 1:1 USD backing (but doesn’t). Tether will push the printing press into overdrive to try to pump Bitcoin price once again.
If this fails, there will be a run on Tether as people try to realize profits in USD. This can’t be done — the money isn’t there. At that point, holders of Tether have only one choice: buy crypto, anything, and try to transfer out to exchanges that support USD withdrawals (Bitfinex does not).
This could be the biggest spike crypto has ever seen. It’s uncertain which cryptos will spike most. For example, Bitcoin has well-known transaction problems, so would not be the transfer mechanism of choice. Probably Bitcoin Cash would be preferred, since that is relatively fast, cheap, & supported on GDAX (USD exchange).
That would mean the evisceration of the Bitfinex exchange and a sharp drop in aggregate trading volumes. The owners may opt for a big gamble to retain their profits — look for claims of a huge “hack” on Bitfinex.  This lets the Bitfinex operators steal customer funds before the collapse, Mt Gox style.  An alternate scenario is a “hack” on Tether to prevent a run on Tether in the first place. This actually happened about a month ago, 30 million Tether stolen, from a 3/4 multisig wallet (likely inside job).  Something of this magnitude may trigger government involvement.
If the crypto in Bitfinex does make it into the other exchanges, you’ll see the huge spike I mentioned.  But, since Bitcoin price will now be un-tethered from the Tether printing press, it will be very short lived and collapse once former Bitfinex customers try to realize USD profits.  Then Bitcoin could fall way below the levels we are seeing today.