Continuing on part 1 and part 2 in our series on intellectual property, today we look at why the social value of patents is greatly overestimated.

Patents not necessary for innovation

Most patents are not litigated.  That would be insanely expensive.  What ends up is a policy of mutually-assured destruction, where big companies build up patent portfolios as a defensive measure.  But this could be accomplished with a voluntarist patent system, where you lose protection of your patents, if you violate anyone else’s. 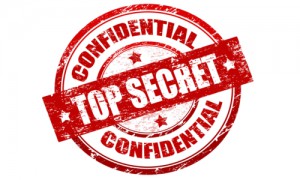 Most intellectual property is not patented.  It is squirrelled away as trade secrets.  It lies in the particular operations and tradecraft of millions of businesses.  That means most of the innovative power of the economy is not dependent on the government-run patent system.  Then we have to question whether the patent system itself is necessary. 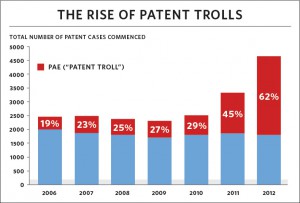 Patent trolls build up massive patent portfolios and litigate against any startup in a particular field, even without merit, as the cost of defending is extremely high.  This creates huge uncertainty in entrepreneurship and requires a lot of capital to start up.  It is another example of government-mandated capital concentration.

Innovators are more likely to get hammered by a lawsuit, than to benefit from a patent that takes millions to grant and to defend.  This means patents are not necessary for innovation and they actively discourage it.  This obviates the very reason patents were created in the first place.

The costs greatly outweigh the benefits of the current patent system.  And it certainly is not any better than a voluntarist system, that does not rely on violence for enforcement, but only mutal respect of participants’ intellectual property.

apolloslater Follow
« Is Newsbud an activist group or a news organization?
The Master at work »