It’s not the idea, it’s the execution

Let’s get into the utilitarian argument for patents. The claim goes: Without patents, inventors would make no money, so they wouldn’t be able to invent anything.  The fallacy here is that an idea has any economic value without execution.  The fact is that execution matters more than ideas.  In fact, the idea itself is usually not clear until someone has tried to bring it to market.  Most businesses do not end up following a set-in-stone plan, but adjust, pivot, and fine-tune until a truly valuable idea is produced.  In other words, value is created from the process of acting and organizing, of selling and responding to consumer feedback, not from the initial seed of an idea.  Anyone can have an idea; not many can execute. 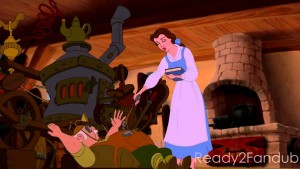 The image of the lone inventor genius hacking away for years in his shed to come up with the perfect invention is a cartoonish myth.  It has no basis in reality, yet this is the philosophical basis for patent law!  The reason it rings somewhat true is basically circular reasoning, resulting from the patent process itself:  The inventor makes a device, he patents the device, and then nobody else invents it after that.  Therefore, it’s a good thing he came up with it or it would have never been invented!  Well, duh.  All the other inventors are now prohibited by law from making a similar device.  Of course you won’t see anyone stepping forward.  Patents make the lone inventor a self-fulfilling prophecy.

In economic terms, the inventor is not at all prevented from making money from his idea, even without patents.  It’s just that he can’t prevent others from making money from it too.  So the question is not: should the inventor make any money.  It’s: why should he make more money than he could in a free market (without patents)?  We don’t have to choose between utter destitution and untold riches doing nothing but collecting royalties.  If an inventor truly produces value, he will be hired, he will be compensated, for the value he produces – just not as much as with a government-enforced monopoly.

In my next post, I’ll look at the ethics and economic consequences of patents, on society as a whole.