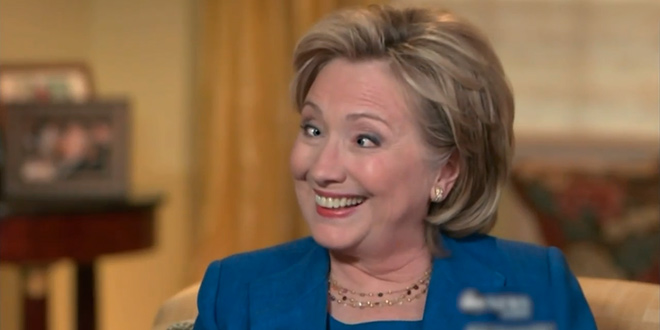 As with my previous comments on Donald Trump, I think it’s more useful to look at these candidates’ psychological states in order to predict their behavior, rather than evaluate their policy positions, which are a mess of contradictions, change constantly, and are mostly lies.

Although he has no clear agenda, Trump could be goaded into certain actions, due to the nature of his personality.  On the other hand, Hillary does have an agenda.  She is a driving force who does not need to be goaded into anything.  It’s hard to know which personality is more dangerous.

Think about all the pent-up frustration Hillary must feel, having waited decades for her turn.  It’s a cliche at this point.  She must have reams of ideas, notebooks and binders full of ideas for growing government and running our lives.  She absolutely knows what she wants to do and is chomping at the bit to impose her plans on the country.  She will no longer be in the back seat, looking on while a man does the job she was destined to do.  This alone suggests an activist president.

Speaking of these men, Hillary can’t just be yet another president.  She will naturally be viewed as merely a shadow of her husband, a pale imitation of his glory days, and a limp-wristed followup to the Obama reign.  She will definitely feel the need to differentiate herself, to surpass these two men and show what she can really do.  Remember, she’s a woman in a historic role — and you can bet she will act accordingly.

The woman issue is a big one.  In order to live up to the hype, she has to get the job done.  Remember when they let that first woman into the Marines and she flunked out?  That’s not an option for Hillary.  She will be facing what she believes to be sexism and will try to overcompensate for her sex accordingly.  That screams activism, especially in a foreign policy setting, where masculine strength and gravitas are traditionally valued.  Look for more wars and adventurism, which she has proven she is very much able and willing to execute.

Although Trump is explicitly activist in his policy proposals for infrastructure and spending, it’s clear that Hillary has the psychological constitution for equal or more activism.  And in the foreign policy realm, where Trump has expressed some skepticism of adventurism, Hillary may be downright catastrophic.